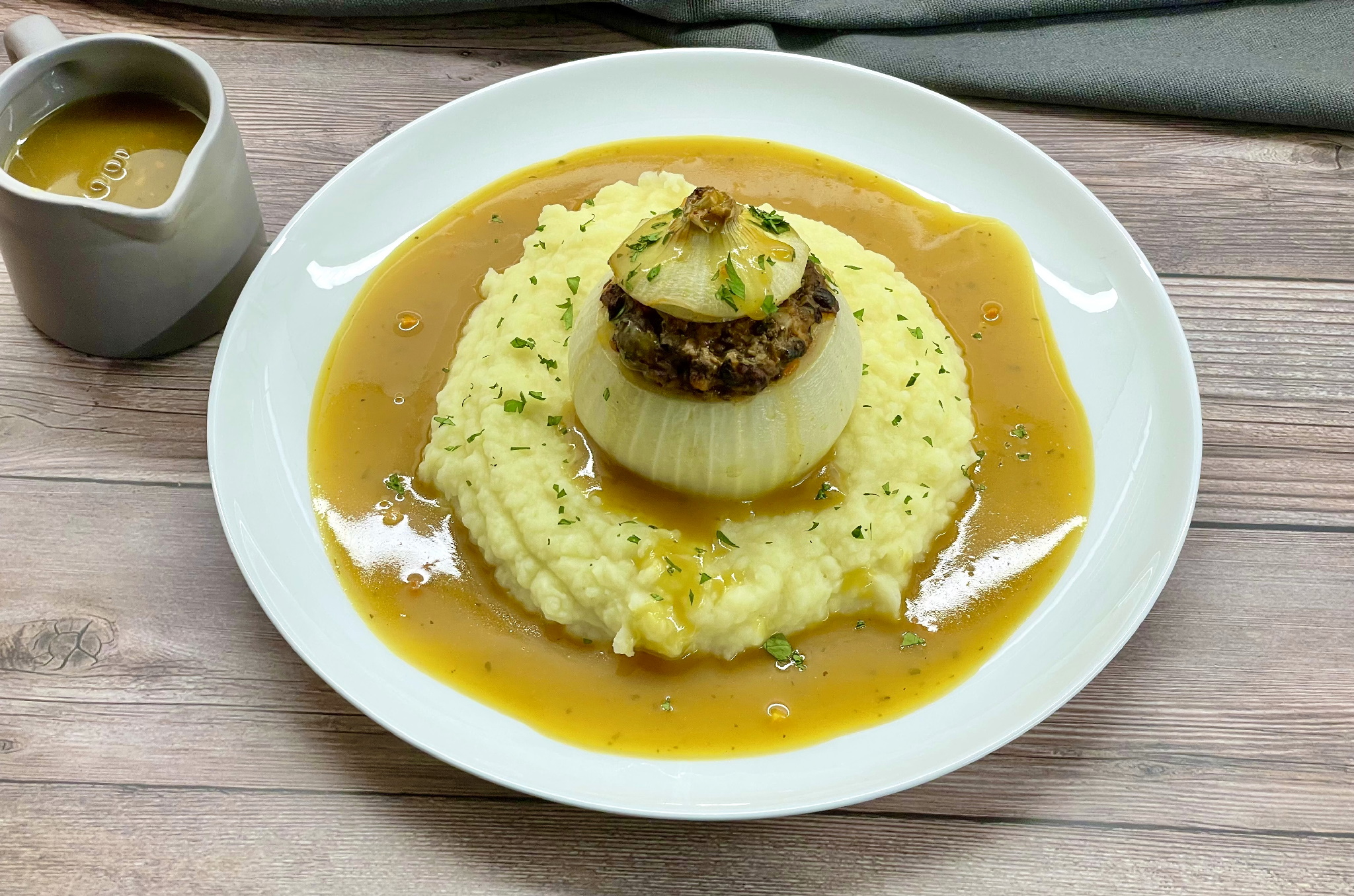 Vegan Bamberg Onion. Large onions, hollowed out and stuffed with a vegan filling of chestnut mushrooms and black beans. Served with mashed potatoes and a German smoked beer gravy, giving it a unique and incredible flavour.

What makes this dish stand out is the German Rauchbier (smokebeer). The onion is basted in it while cooking and it is used in the gravy. The smoked beer gives the dish a unique and incredible flavour. Without the beer, the dish wouldn’t be the same.

As the name of the dish implies it originates in Bamberg Germany, where the last two breweries in the world to make traditional smoked beer are located. For the recipe, we used Schlenkerla Rauchbier which is readily available online here in the UK and is also shipped worldwide.

The filling is traditionally made with meat. To make it vegan we use mushrooms and black beans with smoked paprika to give the filling a smoky flavour. 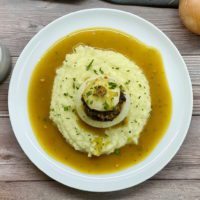