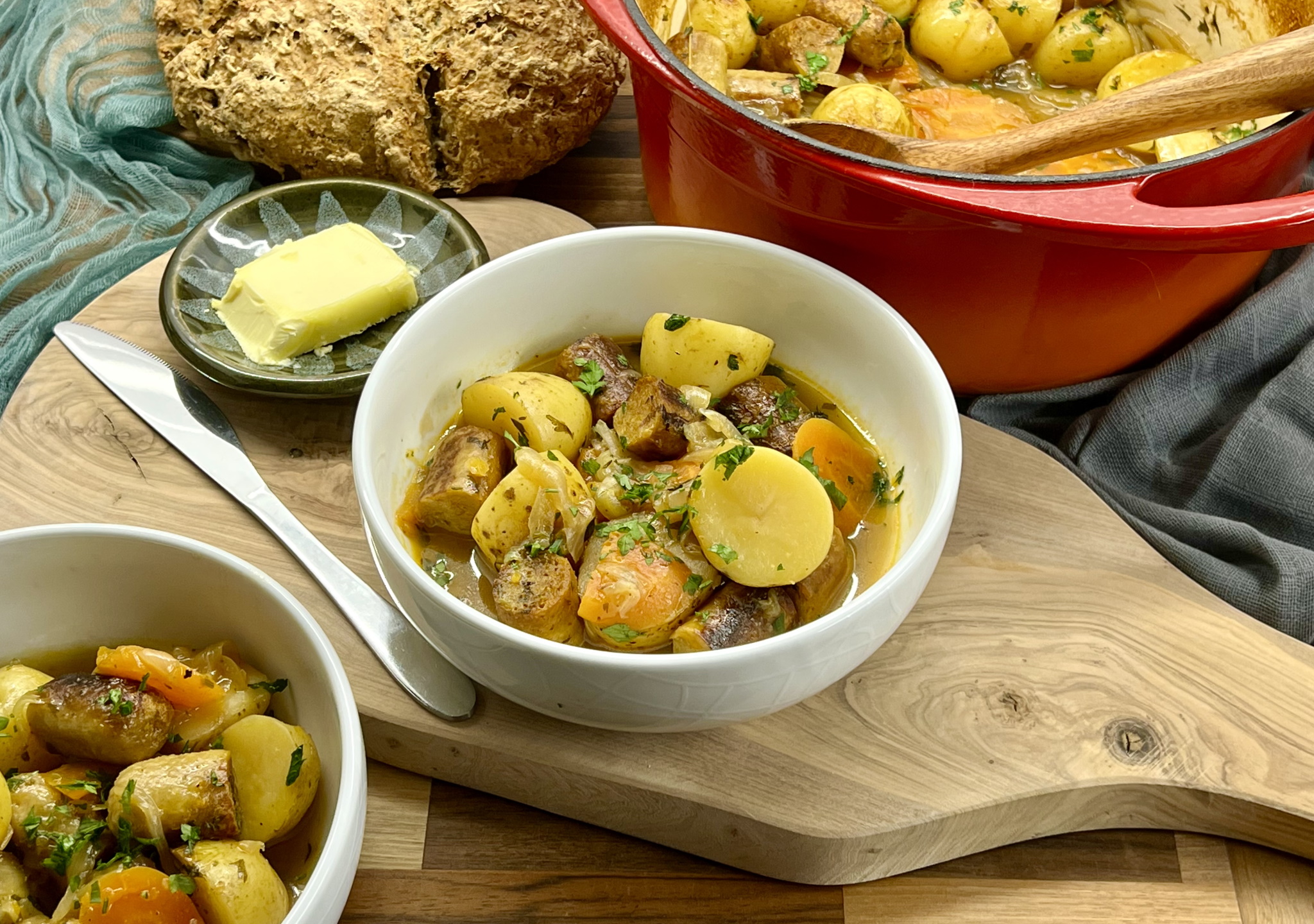 A vegan take on the Irish Dublin Coddle, a hearty stew made with sausages, onions and potatoes cooked in a delicious broth. Perfect served with soda bread to soak up the broth.

Dublin Coddle is traditionally made with Irish sausages and bacon. There are good vegan sausages available that work well in this stew but the bacon is harder to find. However, we decided to leave the bacon out of this recipe as we weren’t happy with the texture.

Although the missing bacon isn’t usually smoked the smoked paprika adds a nice depth of flavour to the dish.

The sausages in Dublin Coddle are also not traditionally browned in the pan before being added to the broth. However, I found that vegan sausages have a much better texture and flavour when browned first.

Dublin Coddle is great served with some freshly baked Irish soda bread that can be used to soak up the broth. We also found that leftovers the day after are great with some wholemeal pasta. Surprisingly the pasta works really well with this dish. The starch from the potatoes help the broth coat the pasta.

Leftovers can be kept in the fridge for a couple of days which reheats well in a pot or in the microwave. 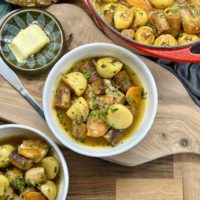 A vegan take on the Irish Dublin Coddle, a hearty stew made with sausages, onions and potatoes cooked in a delicious broth. Perfect served with soda bread to soak up the broth.
No ratings yet
Prep Time 10 mins
Cook Time 1 hr 50 mins
Course Main
Cuisine Irish
Servings 4