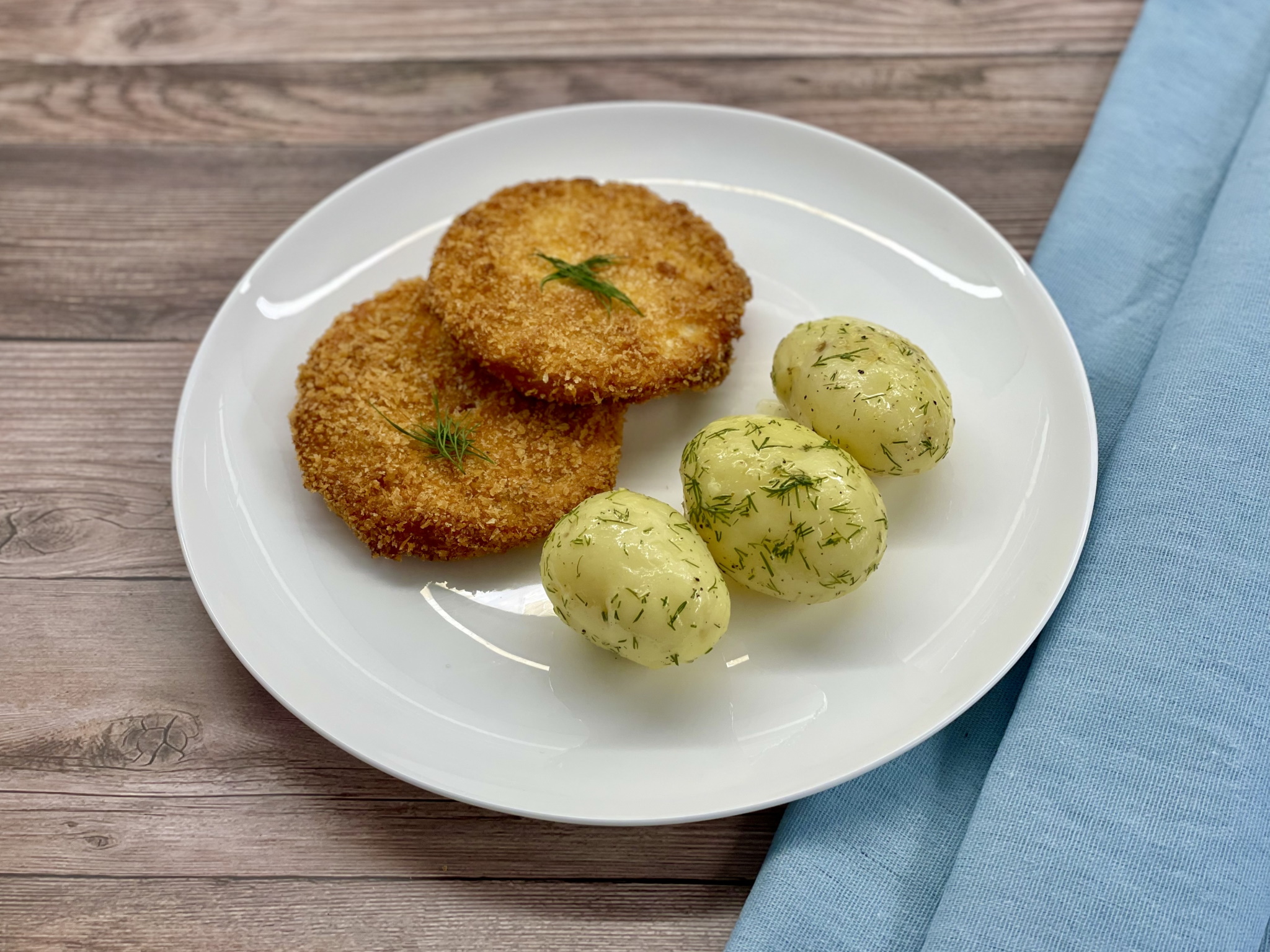 Vegan Kotlet Schabowy, made with celeriac for a wonderful taste and texture, served with buttery dill potatoes.

Kotlet Schabowy is a Polish dish of breaded pork chop, similar to schnitzel. In this recipe, celeriac is used to make it vegan but also for the perfect texture and taste.

Celeriac, sometimes known as celery root make the perfect vegan alternative for the cutlet. They have a wonderfully savoury, nutty flavour with a subtle celery taste. If sliced thin enough before frying it has a wonderful texture that’s firm but tender.

Gram flour is used to make a batter that replaces eggs when dredging the cutlets. Gram flour can sometimes be a strong flavour but doesn’t come through strongly in this recipe. The batter used in the recipe is quite thick and sometimes doesn’t stick to the cutlets. However, with a bit of perseverance, the batter does stick and makes for a perfect coating.

This recipe makes enough for 2 celeriac cutlets for each person with a small portion of potatoes. If you want to make it a meal on its own add more potatoes. However, I think it’s perfect served with a couple of sides.

If your celeriac is on the large side or you didn’t serve all the celeriac cutlets they can be kept for a couple of days in the fridge and reheat perfectly in the oven. Cook them as described in the recipe before putting them in the fridge.

To reheat, preheat the oven to 200°C/180°C Fan, 400°F. Place the cutlets on a baking tray and cook in the centre of the oven for 8 to 10 minutes or until they are sizzling and hot through. 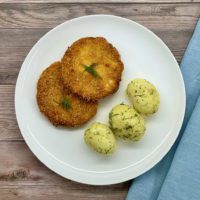