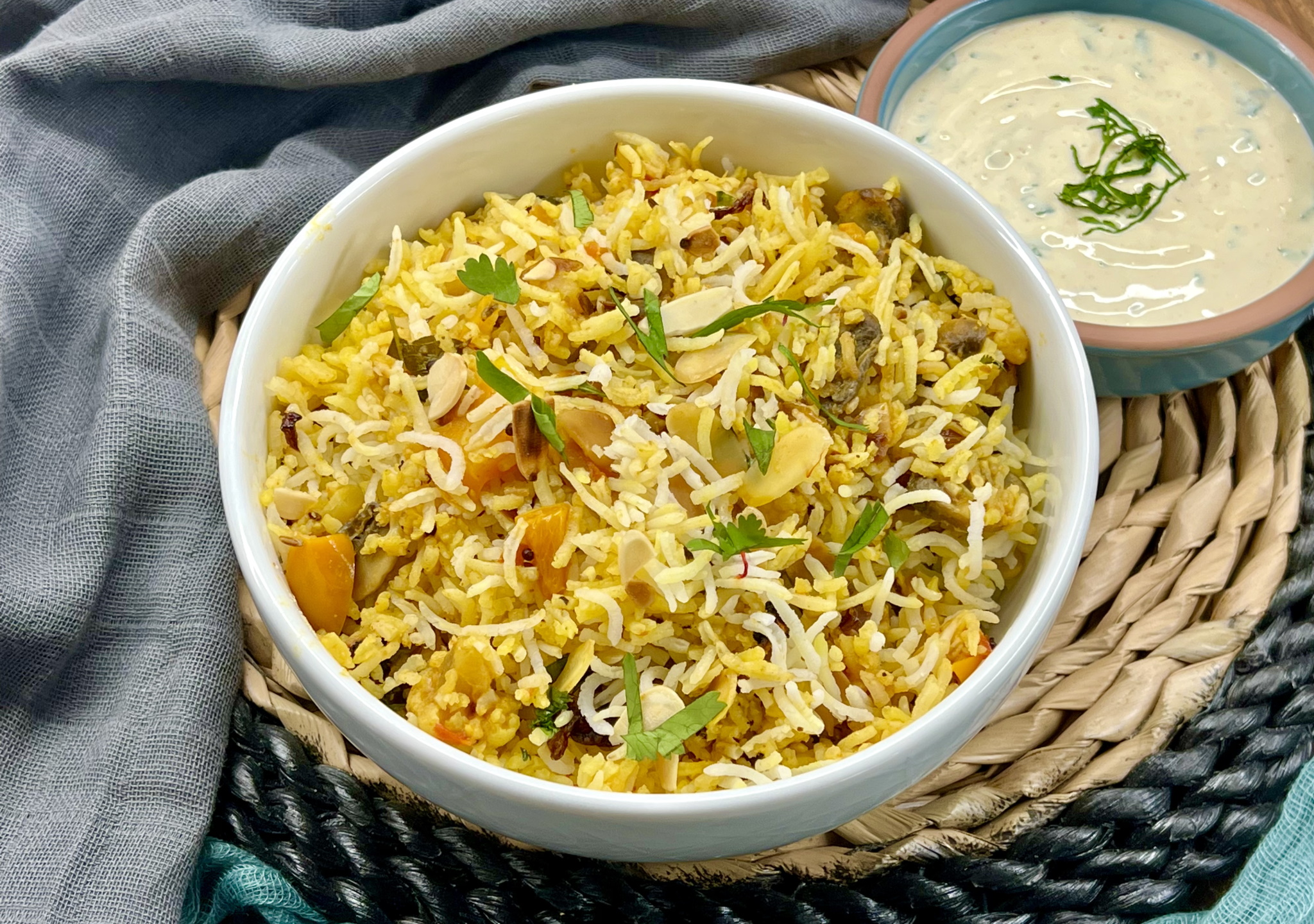 Basmati Rice is the star of the dish. Use the best aged long grain basmati you can find to give the dish the best flavour.

Kashmiri Chilli Powder is not used for its heat but used for its wonderful flavour and deep red colour. If you can’t find Kashmiri chilli powder don’t just swap one-for-one with an alternative chilli powder as this could make the dish very spicy. Instead swap for sweet paprika for the colour and a small amount of chilli powder if some spice is desired.

Saffron is used for colouring some of the rice and to give it a wonderful aromatic flavour. If you don’t want to use saffron just mix ¼ teaspoon of turmeric into the milk to colour the rice.

Biryani is great served with some vegan raita on the side and makes for a wonderful hearty meal. You could also serve it alongside a tasty curry and a mixed salad.

Spread out half the curry sauce over the bottom of the pan. Mix in 50ml of water to help stop the curry from burning.

Now using the rest of the curry, create an even layer over the top.

Wrap the lid of the pot in a clean but damp dish towel then place it over the top of the pot to create a tight seal. 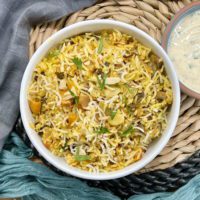