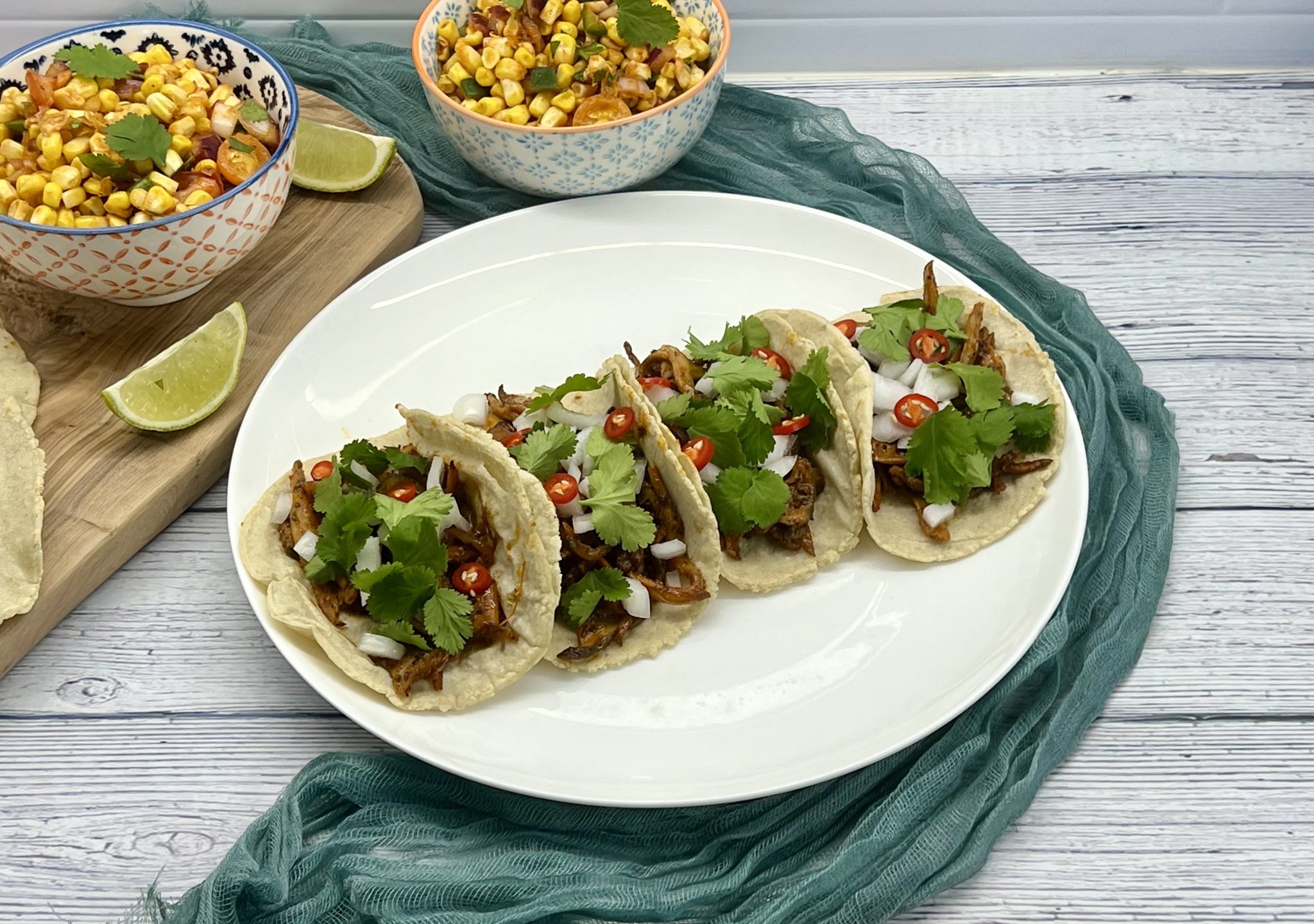 Vegan Carnitas Tacos, made with king oyster mushrooms for the perfect meaty taste and texture. Coated in a smoky sauce and served in soft corn tortillas.

We love serving tacos with a side of vegetables. Our recipe for simple Corn Salsa is perfect. 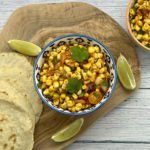 Corn Salsa
A quick and easy to make side-salad to have with a variety of Mexican dishes. Perfect with tacos or part of a Mexican inspired nourish bowl.
Check out this recipe

The king oyster mushrooms are the star of the dish and perfectly mimic the texture of the pulled meat. Depending on where in the world you are they could be called king trumpet or eryngii mushrooms. Until quite recently, these have been quite hard to find, only really being widely available to us in our local Asian market. However, they are now widely available in Tesco locally which is a major supermarket in the UK.

If you can’t find these mushrooms then you could still make the dish with other mushrooms or a shredded vegan meat alternative. If using other mushrooms I would suggest using portobello mushrooms. Cooking them and pressing them as I do in the Vegan Bulgogi recipe. Slicing them into 1cm strips rather than the 2cm strips stated in the recipe. This would get you closest to the texture of the king oyster mushrooms. 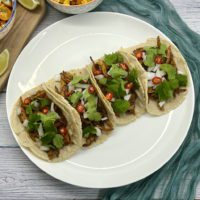 Quick and easy to make tacos made with king oyster mushrooms for the perfect meaty taste and texture. Coated in a smoky sauce and served in soft corn tortillas.
No ratings yet
Prep Time 5 mins
Cook Time 15 mins
Course Main
Cuisine Mexican
Servings 2