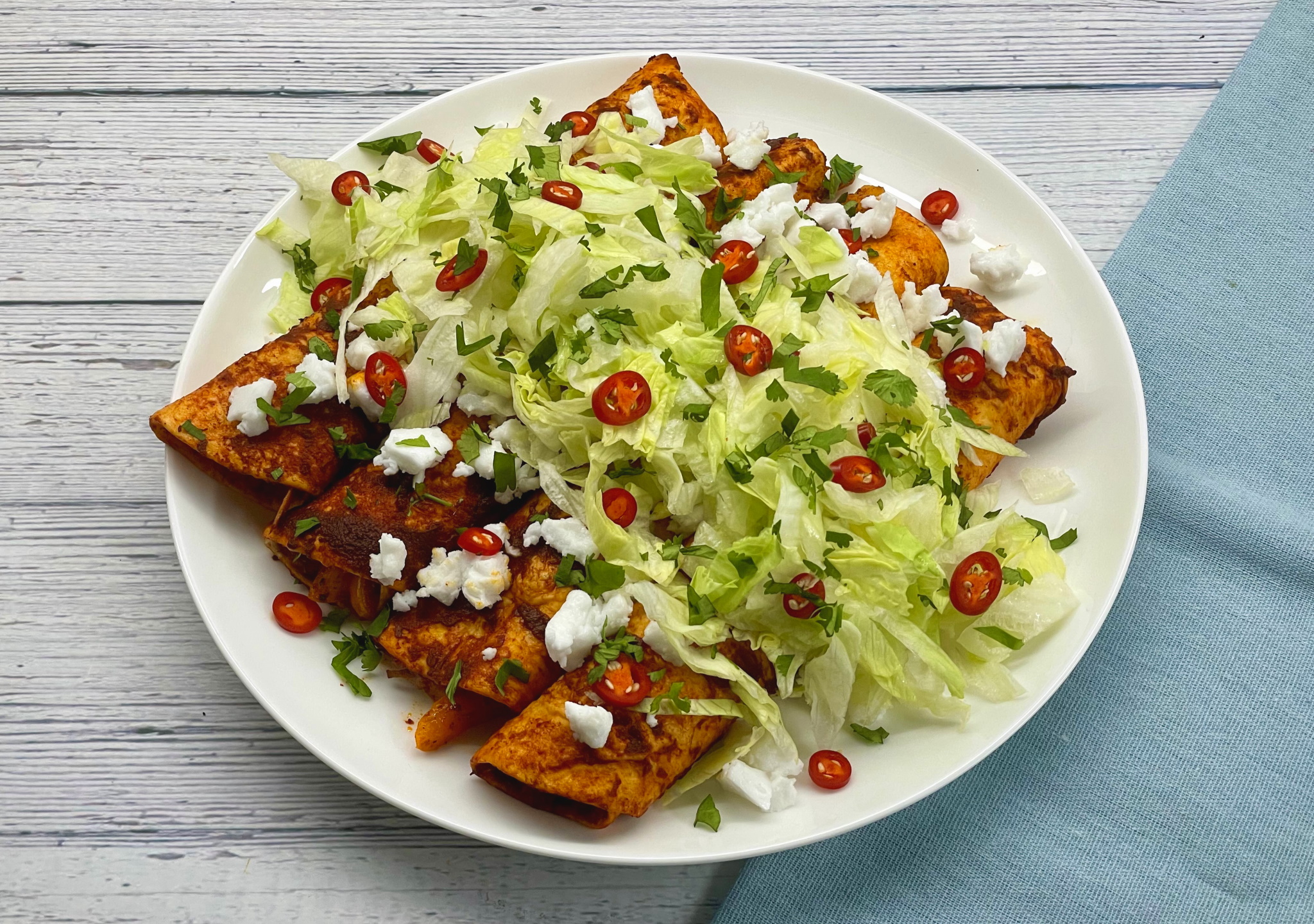 The Guajillo and Ancho chillies give the dish a wonderful fruity chilli flavour with a subtle heat. We like a bit of extra heat so we like adding arbol chillies to give it that extra kick. These can be omitted for a less spicy, but equally as tasty sauce to go with the enchiladas.

The king oyster mushrooms are the star of the dish and perfectly mimic the texture of the pulled meat. Depending on where in the world you are they could be called king trumpet or eryngii mushrooms. Until quite recently, these have been quite hard to find, only really being widely available to us in our local Asian market. However, they are now widely available in Tesco locally which is a major supermarket in the UK.

If you can’t find these mushrooms then you could still make the dish with other mushrooms or a shredded vegan meat alternative. If using other mushrooms I would suggest using portobello mushrooms. Cooking them and pressing them as I do in the Vegan Bulgogi recipe. Slicing them into 1cm strips rather than the 2cm strips stated in the recipe. This would get you closest to the texture of the king oyster mushrooms. 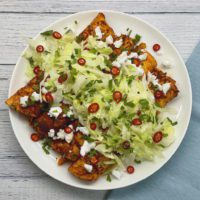 If you don’t want the sauce to be too hot omit the arbol chillies and add 1 extra guajillo chilli
Tried this recipe?Mention @mikeronm or tag #theveganplanetkitchen!
Tags: Chillies, Mushrooms, Spicy, Tomatoes